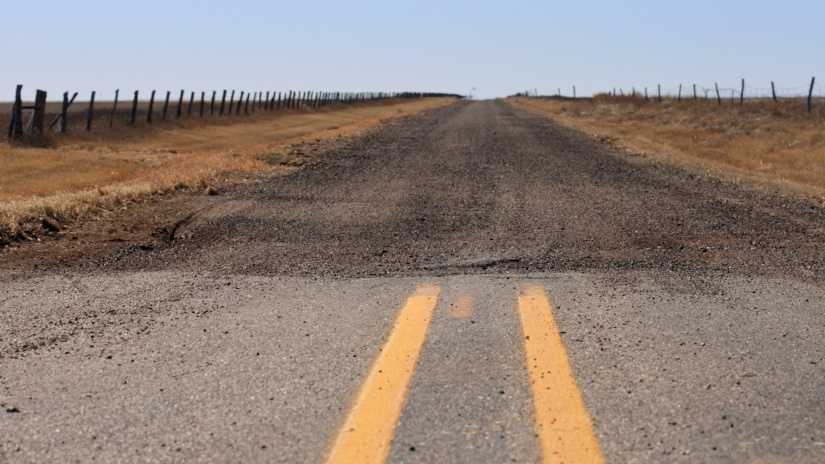 Many kilometres of South Africa’s roads aren’t tarred, and that requires a different driving skill to what most drivers may be used to.

South African drivers have quite a bit to deal with: from traffic lights that are out for weeks on end, to potholes that magically appear overnight. However, perhaps the trickiest aspect is driving on roads that are either dirt, or gravel, or worse: mud.

This is more of a challenge for fleet drivers, who will find themselves continuously leaving tarmac and driving on dirt, with the resultant havoc being wrecked on the vehicles tyres.

As Arrive Alive notes, many South African drivers have never driven on gravel roads, let alone dirt roads, and are unprepared for the unique challenges when doing so.

This, it warns, can lead to fatal crashes.

What this organisation notes is that gravel roads are made out of broken-rock material, and the particles that generally make up the road are usually no bigger than 2cm in diameter. These particles can come from a variety of places, including rubble from a quarry, or from naturally occurring deposits in the earth.

And, as Arrive Alive notes, these roads tend to occur when there isn’t enough traffic to tar the road, or seal it with bitumen, concrete or other materials.

However, what’s important to note, is that not all gravel roads are the same. For example, it’s possible to go faster on a gravel road that has much of the loose particles swept off it and is wide, flat, hard and smooth, than it is on a bumpy track with plenty of marble-like rocks comprising its surface. This means you, as a driver, must remain focused at all times on the specific road surface you are driving on.

The challenge comes in when you leave a tarred surface and drive on a gravel or dirt road.

Arrive Alive notes, when travelling on gravel roads in rural areas and farm country, you also need to be aware of aspects such as broken fences – which means livestock may have roamed – and the fact that most gravel roads are very narrow, while some have a soft, sloping shoulder – or none at all.

Then there’s the fact that gravel or dirt roads may well change in nature overnight, depending on conditions such as the weather and traffic volumes. Dust can also diminish visibility, and you may not be able to see where you are going – and sometime, putting your lights on will not help this. You also need to be aware of loose gravel and pebbles, which could take out a headlight or a windscreen.

Add rain to the mix, and you have mud, which is slippery and can take control of the vehicle out of your hands, even leaving the vehicle trapped. As Arrive Alive points out, mud works as a lubricant between tyres and the hard surface of the road underneath.

In addition, if you drive too far away from the packed surface, your vehicle could flip over.

When you find yourself on a gravel or dirt road, you should:

In conclusion, the most important thing to remember is that dirt and gravel are not tar – your vehicle will react differently on dirt or gravel, and you need to be prepared for that.