What to expect from fuel prices in 2017 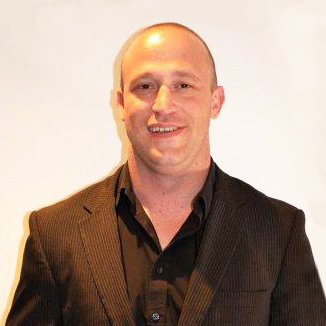 Here’s what to expect in 2017 when it comes to fuel prices.


There will be several fuel price increases in 2017

According to Cars.co.za South African motorists and fleet managers need to prepare for a year peppered with fuel price increases. There are many factors affecting our local fuel price, but the main concerns for 2017 are the weak Rand vs Dollar rate, as well as OPEC (Organisation of Petroleum Exporting Countries) making the call to drastically reduce production, which will increase the cost of crude oil and in turn the price of fuel.


This decision by OPEC sets the tone for 2017 and South Africans should be prepared for a number of fuel price increases throughout the year.


According to most sources, such as Fin24, it’s impossible to predict when and by how much the fuel price will increase throughout 2017, as it depends on so many factors. The consensus, however, is the SA needs to be prepared for several price increases and not expect much relief in 2017.

So what can you do?


According to Willie Venter, former Fleet Consulting Manager at EQSTRA Fleet Management, “In addition to some ‘doomsday’ budget planning, there are a number of things fleet managers can do to reduce the overall fuel consumption of their fleet that will help mitigate some of the cost as fuel prices keep climbing. Fuel costs account for between 40% and 45% of your overall fleet costs, so it’s vital to monitor your fuel expenses closely and find cost-saving solutions wherever possible.”


Keep an eye on those fuel cards

The last thing any fuel manager needs is fuel cards being used with joyful abandon – it’s a recipe for disaster. Understanding how fuel cards work and what your options are is the first step in creating a company fuel policy that sticks to your budget. By making use of fuel cards, fleet managers can:

Monthly fuel card reports provide fleet managers with all the data they need to accurately calculate the cost per kilometre (CPK) for each vehicle and do a comparison between all the vehicles on fleet. Doing so will show up any concerns, such a potential vehicle faults (if one vehicle is consuming noticeably more than the rest) as well as driver behaviour. Driving style has a huge impact on fuel consumption and the data will quickly reveal  which drivers tend to have a heavier foot. This way the fleet manager can take the appropriate steps and ensure all drivers are properly trained to drive as efficiently as possible.

Spend on tech, save on fuel

Fleet managers who install the appropriate tracking and telematics in their vehicles can run a much more efficient fleet. The data collected is so detailed that fleet managers can information on all aspects that affect fuel consumption, such as:

The above-mentioned data will provide a clear picture of which vehicles / drivers are the most efficient. This helps fleet managers set benchmarks for all drivers and vehicles and they can ensure the necessary steps to optimise the entire fleet.

Tyre maintenance is one of the most basic, and effective, ways to keep your fleet costs as low as possible. “Under-inflated increase rolling resistance which leads to increased fuel consumption. A car with under-inflated tyres (1 bar less than the recommended tyre pressure) will lead to as much a 6% increase in fuel consumption”, says Willie.


Good fleet managers have a strict tyre policy that includes regular checks before and during each journey. Not only does this reduce fuel consumption, but it’s also an important safety measure as regular tyre checks will reduce the risk of worn tyres causing a blowout.

Our advice for 2017 is to keep track of fuel increase predictions – the AA and Fin24 are both good resources – and to take all possible steps to keep fuel consumption to a minimum. All indications point to numerous fuel price increases, so now is the perfect time to ensure you have the right policies and technology in place to run a super-efficient fleet.